E pluribus unum! It is not that this phrase “Out of the many, one” – tied so uniquely to Americana and the promise of a powerful plurality isn’t evocative enough on its own. However, I’m constantly surprised as to how relevant this ideal might be to the whole human story.

We have just finished a season of some remarkable music making at the Symphony Orchestra of India – and it is not any secret that the collective work of a fine orchestra on the platform is entirely e pluribus unum. There is an extraordinary search that ensues from the first rehearsal up until the last chord of the performance for some elusive extra dimension. This abstract thing – known all too well to performing musicians – sometimes makes itself known in such a way that all present are instantly aware that something is occurring that is greater than the sum of its parts. I found myself explaining this tight and familial orchestral process when asked to explain what mystery there might be in ‘conducting’. This mysterious magic doesn’t lie with the conductor or any one person, despite the surface visuals that may be present. This great and ‘awful’ magic is the result of trusting in the power of the many to create one. A definite sense of e pluribus unum. No musicians need convincing of this – but it is amazing to the extent to which this same magic is possible – is required – is begged for in almost every other facet of human life – and yet so frequently denied or discounted.

We are certain of all our childhood lessons, learnt sometimes at great personal cost. We are stronger together than we are alone. A family rallies together and finds strength in its members becoming a single unit. However, this great truth only really rings true human to human, person to person. From a byproduct of this come tribes, followed by city states, followed by countries and nations. From this come sects, followed by religious groups, followed by theological divides and theocratic statehood. Ironically, all believing that sticking together will make them stronger. Sticking together to fight the concept of human unity is an illogical solipsism.

We must make the next grand step of unification. The next, logical, modern, freethinking, millennial step. We must become one further unit of strength. In the last century a United States of America has proved that a potential fifty separate nations do better and stronger as a unit. All the economic, judicial and societal advances are seen through a lens of compounded benefit. Today the 18 trillion dollar economy of this one block is comparable to the 17 trillion dollar economy of the European Union – an experiment less than 70 years old, but one that is not simply about economic alliances. Countries in a geographical proximity that have hundreds of different languages, different customs and a predisposition to go to war every 10 years have restrained themselves over the last sixty-five. They have seen the direct responsibilities and benefits of e pluribus unum, but are on the brink of forgetting how important it is to maintain it. It seems so easy to cloud judgement with accusations of power brokering and short term financial gain. It would be like a conductor imposing will on an orchestra without realizing that the whole thing depends on a journey of close and joint collaboration and cooperation. There is no magic and mystery in humans imposing their will upon one another. It’s as old as the earth and is doomed to permanent failure.

So why haven’t we learnt the truth about this extraordinary phrase – e pluribus unum. Surprisingly, its appearance on the US Dollar bill hasn’t evoked a constant reminder in the minds of the electorate. This current US election season doesn’t need any more commentary than it is receiving any way. Long before we had problematic candidates we had a divided electorate – so keen on damaging and destroying each other that only politicians who would be prepared to feed the blood-soaked beast of blind bias would be elected to govern. The country at any one time is governed by 50% of the people, 50% of the good ideas, 50% of the talent, 50% percent of the engine power and 50% of the sheer force. This is not a recipe for success or winning. Any fool knows that if you want to win the car race, you need to be pumping on all cylinders. It isn’t a completely crazy analogy, because we are all in the same car, careening around an increasingly treacherous track. In a few years it will not be important that there were political parties in any countries at all. It will probably matter with increasing importance that we thought that we had something in common with our fellow humans.

There is an over simplification that comes with politics. You have to get your message across in definable, short sound bites that can be repeated ad nauseam whether or not they mean anything at all. All this perhaps, to appeal to a mass of people who are disinterested to a degree that requires pithy, attention grabbing and tragically uninformed positions to be championed. One size fits all candidacies – spurred on by one size fits all slogans – can be supremely dangerous. Ask a post Brexit Britain, now searching for the right ways to indicate that this was the preferred choice all along. We might ask ourselves the same question on November 9th in the United States, but perhaps even we will not be completely taken in by an increasing onslaught of half sentences devoid of diplomacy, nuance or even an interest in any facts.

Complicated circumstances require trained professionals who thrive on grappling with the facts. If you want life in a bespoke suit, you must struggle with the idea that your body requires precise measurement with precise execution, preferably in the hands of a master tailor. If you want that fine feel of a suit and yet are certain that the travelling salesman who has promised to cut your cloth on your kitchen table vaunting his ‘one size fits all’ pedigree will give you what you want – you might be disappointed. A political candidate is always that travelling salesman. That, in a nutshell, is the election cycle. It hinges on the premise that everyone would like to live life in a bespoke suit and knows what it is. This is not actually about suits. It’s about having people care about the many complexities that lay before us. 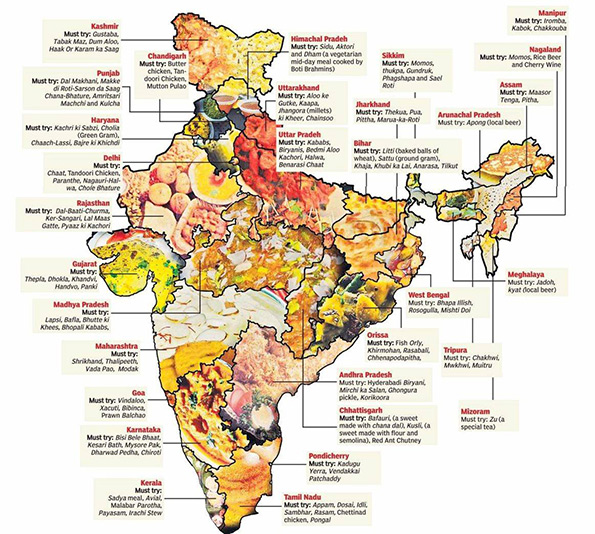 This over simplification is rife, and none of us is really off the hook. For example, we continually speak of Indian food or Chinese food as if they are a ‘one size fits all’ palate. The large complexities of each are as obvious as the thousands of different dialects and regional differences in of these vast countries. But it seems easier just to lump it all together to get by. Saying Indian food or Chinese food is like saying European food. A gross simplification of the geographical area and its diversity.

We are approaching a time when our initial anthropology – our common bond as a species – will have to trump our tribal, hunter, gatherer, warring instincts. We were down to a population of 40,000 during a period of near extinction. We are all descendants of that small group on the African continent, not only reminding us of our individual weaknesses but making a complete nonsense of any modern racist jibber jabber. There are problems that loom on the horizon that might require a joint effort as humans, not as nations. I am reminded by my own recent activities, that in the problems that we face we might learn from the lessons that professional music making teach us. Once touted as a template for running a successful business, we might take the orchestral model to a wider plane. If not for ourselves, it must be something that we demand of those who would lead us. We must be professionally competent in our sphere of interest. Relentlessly pursue perfection through collective knowledge. During this searching, we must be devoid of self, making a living out of the possibility that the whole can become greater than the sum of its parts, because – e pluribus unum.