This Sunday, March 25th, 2018, Linda Brown died at her Topeka, Kansas home aged 76.   I’m not sure why this news forces a certain reckoning, but it does.   For those not familiar with Linda Brown, she was a young girl, barely 7 years old, who’s father tried to enroll her in a ‘white’s only’ school close by their home in 1949.   Linda later remarked that she could not understand why she could play with her classmates as neighbors but not attend the same school.    The 1950 class action suit of 20 plaintiffs, culminated in the most consequential Civil Rights case to come before the Supreme Court of the United States – bearing Linda’s name and propelling her to civil rights cult status.   Brown vs. Board of Education was argued before the court in 1954 and led to the unanimous ruling declaring segregation unconstitutional in the United States or any jurisdiction governed by its law. 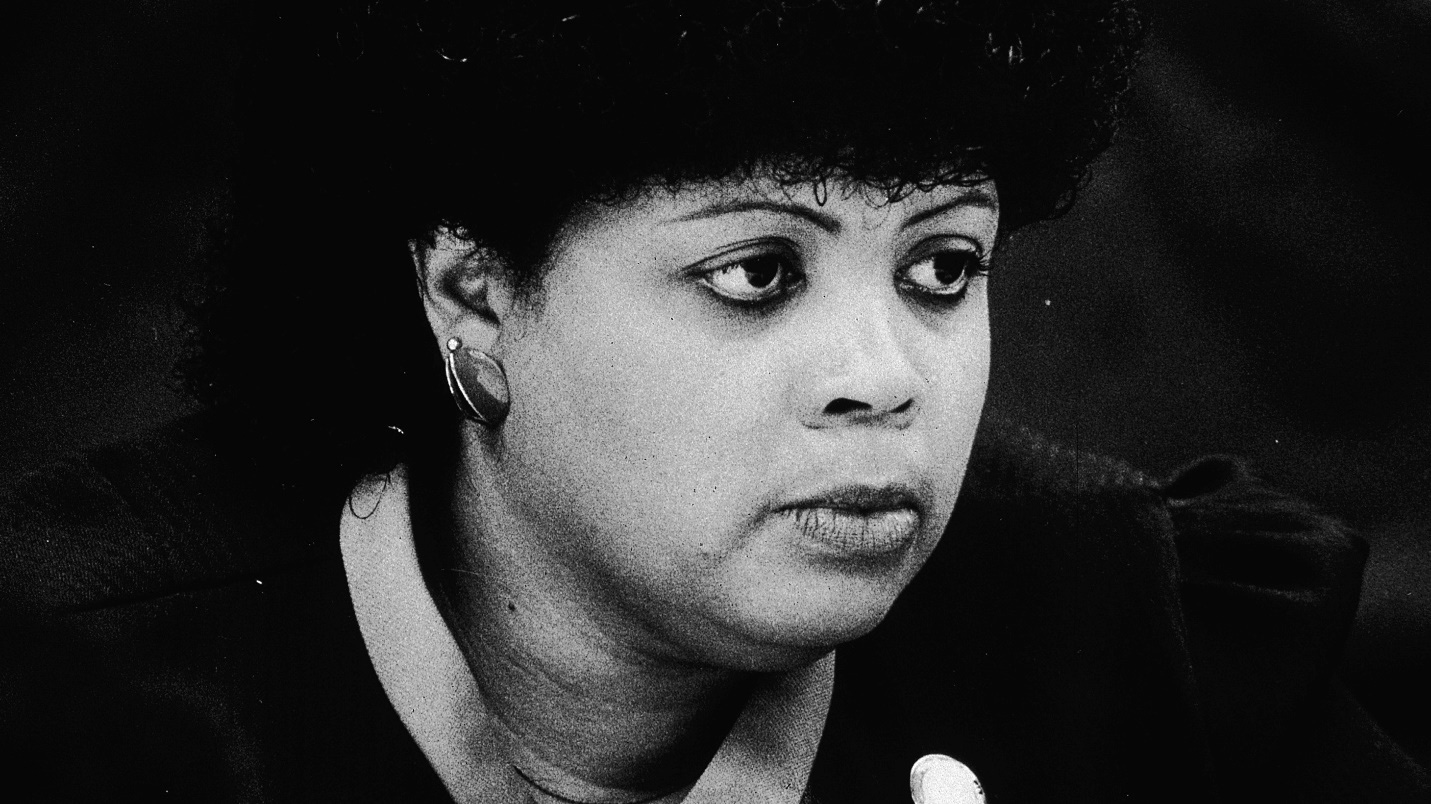 We might consider rejoicing in the fact that the law is correct and true, but it brings equal commiseration to the fact that social views and society’s recent actions fall way behind – languishing in ignorance, tribal hatreds and politically induced division.   After all, it is easier to raise money and campaign if you can demonize the other side.    It is this that propels me to a review of certain issues and topics that were correct and true and found themselves reversed in the public psyche by crude, self-serving and impudent devices.

We might uphold, or at least fight a better fight for, our better instincts.

The Thirteenth and Fourteenth Amendments
Passed and ratified in 1865 and 1868 respectively, these legal provisions prohibiting ‘slavery’ and enshrining ‘equal protection of the law’ to all citizens of the United States – were true and correct.   Yet, so soon after for political expediency and overrated concerns over an economic downturn, it was conceded by President Grant’s government that desegregation and equality could not proceed according to the original plan.   Union soldiers who were implementing the new regime were forced to withdraw, allowing for a whole slew of local legislation that would, in effect, reverse these two amendments.   It is why the Supreme Court could rule in Plessy vs. Ferguson in 1896 that segregated living was perfectly acceptable – creating the odious moniker ‘separate but equal’.  It is why the injustices of slavery and racism continued to bleed innocent life for another 100 years after their constitutional abolition.  It is remarkable to imagine that 1954 Brown vs. Board of Education was the case that eventually overturned Plessy vs. Ferguson – a 58 year period full of murder, injustice and privation.   The Civil Rights Act of 1964 would mark one hundred years since the two amendments that had already covered the legal ground.    What was correct and true – was reversed by crude, self-serving and impudent devices.

The Second Amendment
This month marks the “March for our Lives” movement – a moment in time that demands address.   Of course, it centers around gun control, because it centers around the availability of military grade weapons for a civilian population.   The Right to Bear Arms is emphatically connected with the need for a well-regulated militia.  The two clauses of the amendment do not stand in a vacuum.   If people want to use AR 15 Assault rifles and cite the Second Amendment as their right to do so, then they should do what the second amendment commands.   Sign up to serve your country and use the right to bear arms in a ‘well regulated’ militia defending the ‘security of a free state.’   Go to Iraq, Afghanistan or wherever the US Armed forces might send you, and satisfy your second amendment right.   You have no right, in the amendment, in modern society or in sensible compassion to stockpile AR 15’s under your bed, stroke and caress them at 3 am in the morning, and then in an unhinged moment of ‘who knows what’, machine down any part of the civilian population.

President Grant – General of the Union Army under President Lincoln

The National Rifle Association
Founded in 1871 in precisely the climate of Liberty and Reconstruction – it was fitting and right that the general of the Union army was now the 18th President and that Captains and Majors of the now disbanded Civil War Force formed a National Rifle Association.   Its purpose was to safeguard the ‘right to bear arms’ of hundreds of thousands of freemen and their families.  Its purpose was to ensure that every freed slave could protect his homestead and his family from marauding, ignorant, white supremacists.   Its purpose and its Union army origins speak of a noble cause.   Then follows the madness of expediency and the sway and machinations of post reconstruction politics, the withdrawal of the Union soldiers that would ensure the destiny won in victory – and the encroachment of all that we know – reversing the prize of the Civil War and its two great constitutional amendments.   The NRA now stands firmly with -sorry, no better way to say it –  marauding, ignorant, white supremacists and hundreds of thousands of black Americans are gunned down – along with a growing civilian population that now includes children in schools, nightclub revelers and any random group of society, as long as they are innocent.   Anyone who cannot see this historic connection and the effect of limitless guns in a civilian society is blind.   Anyone who politically sides with the NRA and continues with the ‘guns don’t kill people’ format must be convinced that everyone else is blind.   We are not.   Yes, people kill people…but enabled at such a high rate never imagined before, because of the availability of guns and their military grade components of mass death.    What was correct and true – was reversed by crude, self-serving and impudent devices.

Our politics suggested that we might be ready for our first African American President.   No matter how extraordinary that human being would have to be, to overcome the inbuilt -racism and criticisms that would accompany him, we somehow thought that the moment would go a long way to adjusting the long-held divisions and long-held suspicions that have racially divided this nation.    We even thought, naively that it would introduce a new era, in which we might elect a woman to the presidency, a non-issue in every other developed first world nation.   Perhaps we don’t belong in that group yet.

How wrong we were.   Perhaps it was the gall that President Obama was so intellectual, so well qualified, so well rounded, so utterly inspiring, and yes, scandal free in his two terms.   Perhaps, people couldn’t abide the almost perfect nature of his personal presidency – I’m not talking about the policies, which can be debated back and forth endlessly, I’m talking about the man, the father, the husband, the patriot.   It was too much, that this constitutional scholar, this writer of books and laws, this leader who garnered acclaim all over the world, would find the same comforts here at home.

We went on to elect his successor – a man not only consumed by executing plans and polices the polar opposite of his predecessor, but a creature completely the polar opposite of President Obama.   I’m talking about a man so untaught, so ill mannered, so unqualified, so uninspiring and yes completely surrounded by scandal.    I’m not talking about the polices, which can be debated back and forth endlessly.  Even those, are not original policies.   Just to dismantle what came before is not evidence of a mind at work or a useful strategy.   I’m still certain that the US State Department is unfunded, unmanned and ill equipped, – causing huge deficit to the power and presence of the United States – because POTUS believes it to personally belong to HRC and considers its impairment a punishment of some sort.    I’m talking about the man, the father, the husband and the first president unable to discharge his patriotic duty to protect the country.   It seems too much that this unscholarly, unread, postulator who has squandered any acclaim held by the US abroad, would continue to find comfort here at home.   But there it is.   It would be good to return to politics and elections that actually require our leaders to be qualified.   When our current POTUS is asked the simplest of questions, much less a rapid-fire Q and A – like the UK’s Prime Ministers Question Time – do we not see the full extent of the void?  Can we reverse the trend?  I don’t know.   What was correct and true – was reversed by crude, self-serving and impudent devices.

Can we prove that the United States, a nation of laws and not of men, a nation built on the promise of Constitutional Protections, can auto-correct itself, as our laws allow?   The mid term elections approach.   Our Constitution is worth fighting for.   Demand and execute the reversal.   As cited continually in this blog, the passage of time is not necessarily equal to progress – and far too often, our best instincts are checked and reversed by crude, self-serving and impudent devices.

We must uphold, or at least fight a better fight for, our better instincts.