This February blog should be about the success of the orchestral season in Mumbai.  Not only did I write about preparing it in January, but conducted two performances of Puccini’s marvelous opera La Bohème.   They were well cast, well sung, well directed and realized a new concept under Italian actor/director Sax Nicosia and Italian maestro Carlo Rizzi.  Our orchestra stands together twice a year and still manages to play with a growing finesse and above all a vitality that is sometimes missing in other ensembles.   They are not, however, a permanently housed opera orchestra embarking on their umpteenth production of La Bohème, or substituted in rotation from a mass of 200 players all of whom know the standard opera repertoire.    Despite this, these February performances were quite a marvel, from Tristan to Otello, from Chenier to the complete performances of Bohème, it would not have seemed that we did it all in less than a week of rehearsal.   Bravi. 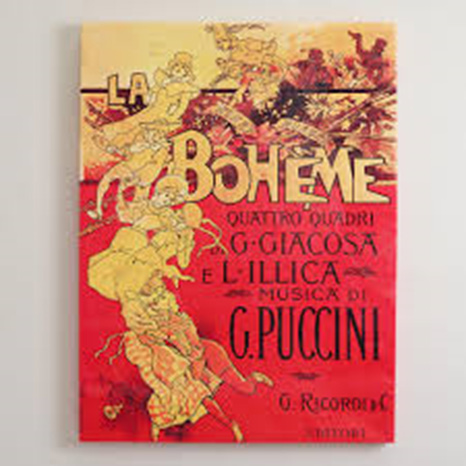 Nevertheless, my thoughts lead me back to the law.  It’s not that I particularly alternate between music and law in my writing, but it’s funny how the mind works, and it’s best not to second guess or try and explain one’s proclivities.  I have recently been introduced to facets of Indian Law, through articles penned by an old acquaintance – perhaps now new friend – RR.   Her insights into various legal issues have either laid bare the essence of the problem, or found a sensible solution where none had existed, or – better still – found rebuke for a procedure or a legal instrument, shaming its proponents into acquiescence.   The problems that confront the legal system in India are manifold.   They are not insurmountable in and of themselves, however the will to fix them seems to be entirely missing.   From my ivory tower existence in the United States, there are some issues that I have contemplated.  My apologies if I give offence.  It is certainly not intended, but then this is a personal blog, not a legal review journal.  So here goes.  At any rate, none of what I’m about to write will be news to any one in India – and certainly there has been sane and frequent mention of it.   There are two areas that piqued my interest. 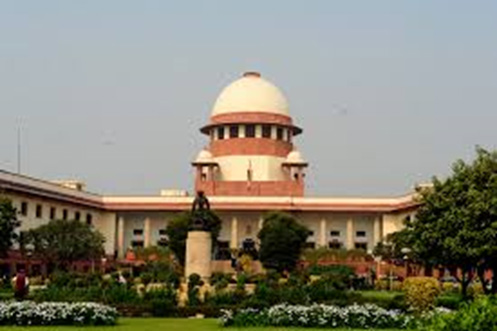 In a reversal of the famous Shakespeare phrase, there should be an immediate move to impartially appoint several hundred more judges and several thousand more lawyers.  It’s unlikely to happen, because my suggestion requires the government to pay for it, but to recuse itself from any specific activity related to it.   Great statesman would immediately see the need for this.   It must be absolutely impartial, by legal peer review, not by election, government appointment or a less independent source.   Yes, one would need to invest in it, invest in the systemic costs as well as building new courthouses and infrastructure to support them.

If one knows that a legal case – especially in equity or property – will not be adequately decided for 15 years or more, three things happen.   Firstly, the plaintiffs and defendants maneuver themselves accordingly, with motives driven by profit, penury and corruption that have no legal basis.   Secondly, the fabric of the court grows barnacles of procedure stemming from those maneuverings – completely unrelated to the law  – from which those “stirring the cauldron” benefit, but from which “no meals are served.”  Thirdly, and as an obvious result, justice itself is driven off and unavailable to the citizens of the world’s largest democracy.   Worth the investment, don’t you think?  Not an easy fix, but shouldn’t there at least be a ‘good college try’.   Until something is done, the people will lose faith in justice, the lawyers and judges will occupy positions less noble than they thought, and the Rule of Law, itself will be eventually be called into question.   The Indian Constitution is as fine a document as one might expect.   The Supreme Court in Delhi serves it well.   The local courts, especially the time-honoured and famous Bombay High Court plods about its business and is occasionally known for its keen minds and independent stance.   This gruel like back log is not helpful to any reputation they might hold. 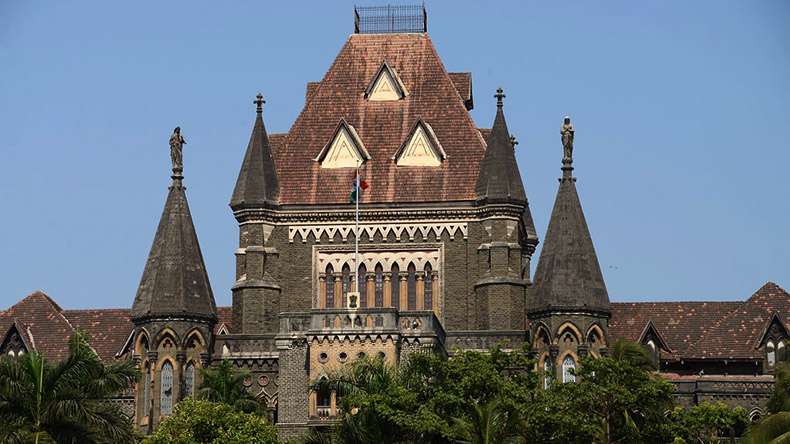 My other positing question is really about responsibility.   Do the judiciary know what they are fighting for?   I’m not referring to the eminent lawyers and judges that make their virtues known.  I’m talking about the general field of – some newly minted –  lawyers, solicitors and yes, judges, who it seems do not know what a morally compassed, ethical, not-for-profit judiciary should be.   There is a constitution to be upheld, the rights of a great civil democracy with perhaps the greatest potential the planet has ever seen, the cause of uplifting millions and safeguarding the rights of millions more.   Yet, there is an institutional paralysis, built in to the equation, whether you are newly called to the bar or serving 40 years on the bench.   Where are the voices of the judiciary when it really matters?

Here’s a point.  In recent years, the whole world has watched as cases of teenage rape in India have gone unpunished or explained away.   In one instance, where a lawyer stood before the judge and claimed that he would have executed his own daughter in an “honour killing”, just like his client – and stood firmly to exonerate the man, as if letting the original crime go unpunished, wasn’t enough.   Ok.  I’m not challenging culture, village law, religious edict or any other extreme nonsense that clouds this commonsense issue.    The barbarity cannot be explained or stopped or reasoned with, just as most nonsense cannot be reasoned with – I get that.   But, surely the law in a developing country in 2017 must be something different.  Here is my objection.   After that lawyer had spoken that nonsense,  perhaps garbed in legal subfusc with the full weight of his judicial office,   couldn’t there have been one exclamation of indignation from any other lawyer or judge.   As if to say…this is not our legal system!  That lawyer doesn’t speak for us!  The barbarity of rape, especially of an underage victim is not her fault!  Killing her does not cleanse a family of dishonor – in fact brings a grave dishonor upon it! et cetera.

I’m not sure what held the tide of protest, unless in persecution of the truth, the whole system proves itself not to be a burgeoning democracy with huge potential, but the very opposite.   Speaking truth to power has been the only way that civilization has advanced.  It is certainly not for me to express it, but I thought it odd that no one in a position to do so, did.   Having said that, there are still numerous countries and instances in which there is no court case, no redress and sentences carried out by extrajudicial means are commonplace.   India, in spite of everything, still represents a huge leap forward in these matters. It might be an irony that I can point to the outrage only because the system actually brought it to trial.

The judiciary in the United States, at least for now, remains independent and recently proved itself to be so.  The Supreme Court, though important, only accounts for a small percentage of established law.   The rest is defined and finalized at the lower levels.   Most judges and lawyers who deal with matters of social/civic freedom and constitutional law do still know why they’re in the business.   There are enough of them to get the job done, and justice tends not to waver – at least on the face of it.   Sure, things are still not perfect, but the systemic values are well placed and well tested. 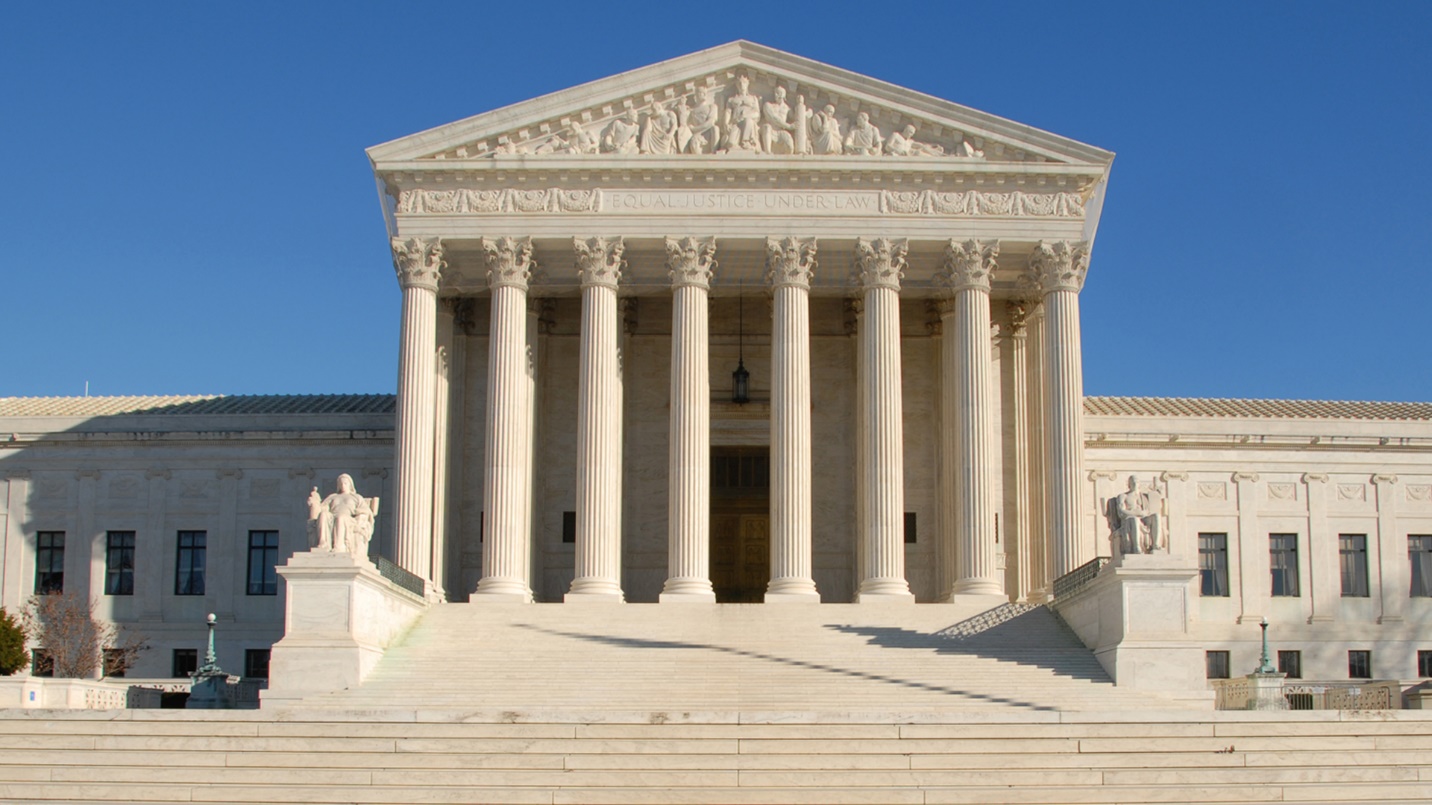 Supreme Court of the United States

Here’s what my Indian friends are saying right now.  “What cheek!  How can anyone living in America right now lecture anyone else on legal processes, fair democracy and high and lofty imagery.”  Yes, you’re right of course.   In my defense, I have blogged consistently about problems that we face here at home and have not sugar coated my opinions.  But everyone in the United States right now, having awoken from that fitful night in November last year – surely must feel as if we’re all cast in the latest Star Wars saga.   The senate has imperial ambitions and it might be quite some time before ‘balance is restored to the force’ even as the emperor conjures up a new death star.   Yet, there are little bands of rebel alliance, here and there, determined to make a difference – and that’s as it should be.

Here’s the point.   We shouldn’t be shy to see something that is not right, and simply say “Hey, look…that’s not right.”   If we do –  it’s a good thing.  If we don’t, we have condoned and normalized the bad thing, from which slippery slope there is no return.   In this increasing deluge of fake news, manufactured to discredit the real stuff.   In this increasing deluge of absolute falsity pronounced as fact, with such conviction that many believe it instantly to be true.  In this increasing gulf of polarization, a huge money fiesta for politicians of all stripes – who will stand and say it?  “Hey, look …that’s not right.”