Off the beaten track! It really is true, that chance meetings can conjure an interest in topics that one wouldn’t normally contemplate. I share with you one such meeting and the processes that have resulted. On a recent flight between Los Angeles and London the gentlemen sitting next to me turned out to be the Speaker of the House of the Parliament (Nitijela) of the Republic of the Marshall Islands. This edition of my blog is inspired by this chance meeting and in part by his mission.

It was certainly by chance. We wouldn’t have spoken, except that he gave up his seat to a lady whose chair mechanisms had stopped functioning and was summarily reseated by the cabin crew, next to me. He was on his way to Kazakhstan to an event celebrating the 20th anniversary of the Comprehensive Nuclear Test Ban Treaty signed on September 24th, 1996. I was not expecting the gravity of the conversation that ensued. There is no member of the population of the Marshall Islands, leave alone a member of their parliament, who is not intimately connected with the process of Nuclear Weapons Tests and the horror and havoc that follows. Even those who can look back on their history see the years of the American Protectorate in bleak terms. 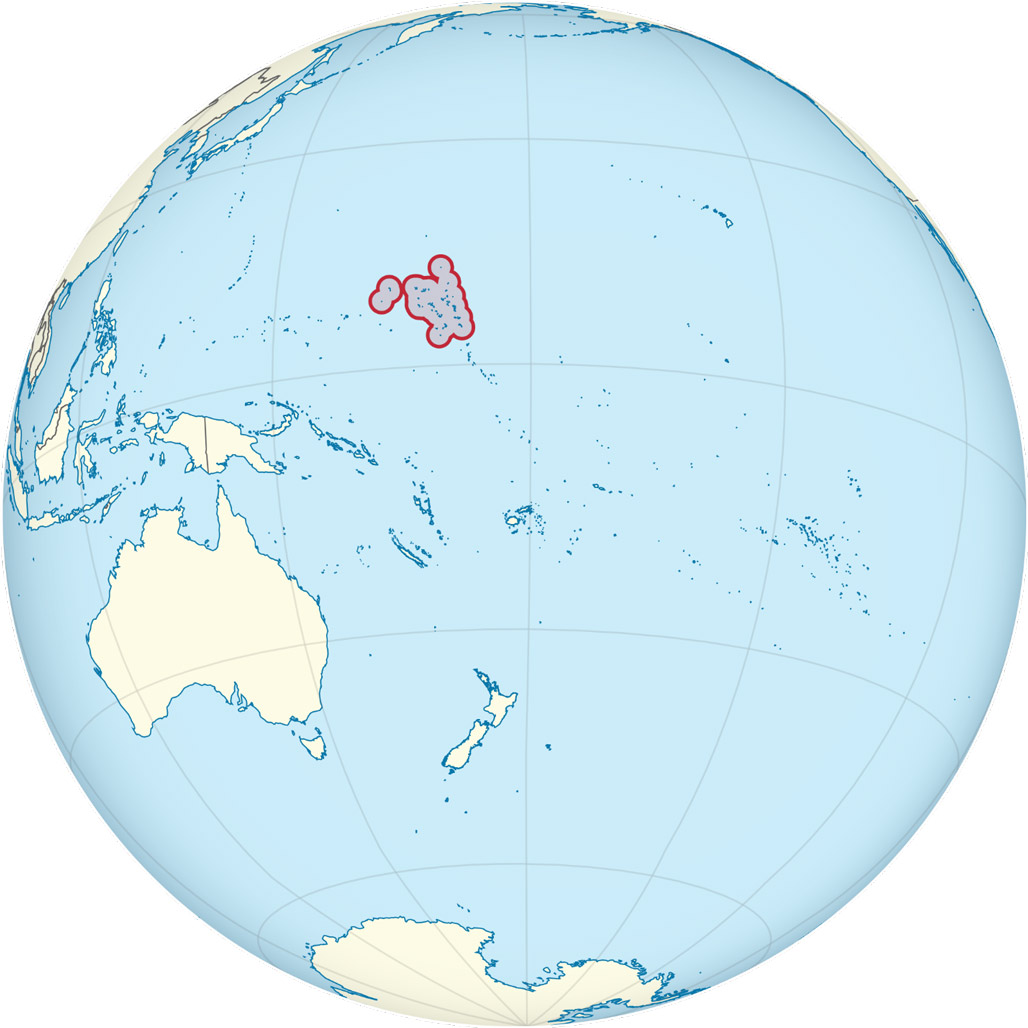 Up to that point the islands had fared similarly to most of the smaller Pacific Island communities. Unfortunately, not known for their own indigenous customs or history, they are marked by their contact with foreign, usually European, power. Whether Alonzo de Salazar’s arrival in 1526, John Marshall’s in 1788, the German Protectorate, the Japanese Mandate or the American invasion in World War II, nothing would prepare the islanders of this idyllic paradise for what would follow.

By the time the Americans had set up the Trust Territory of the Pacific Islands, under UN Security Council Resolution 21, it was not to bring the benefits of democratic government, nor the benefits of any territorial connection with the United States. It was set up as a controlled fiefdom, under the rules of war, to be exploited and operated upon at will. Post WWII the United States position in world affairs was uncontested and uncontestable, especially in the Pacific. There was no way the people of the Marshall Islands could have protested the terms that were imposed. The Marshall Islands would become the site of American Nuclear Testing as the Cold War race for supremacy escalated. There would be no legal instrument or potential for suit for any damages done, during the war, at the time of the signing of the agreement or for any claims whatsoever that may result in the future. The islanders are still bound – in part – by this crushing legality. Speaker Kenneth Kedi and his compatriots, now part of a self-governing, partially autonomous framework are on a mission to reverse this injustice. 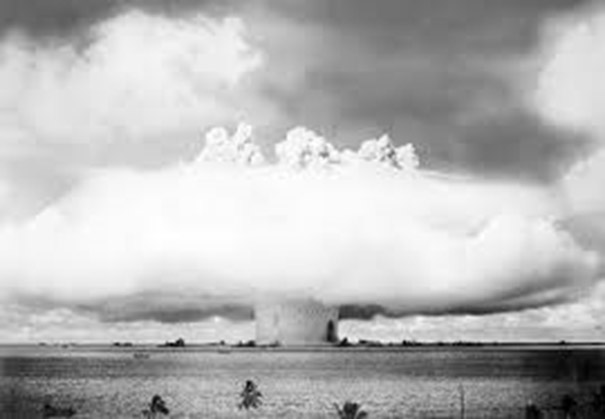 The US Government exploded two nuclear devices in June and July 1946, even before the UN allowed them to establish the Trust Territory. This Trust Territory comprised of almost 2000 islands spread over 3,000,000 square miles. It took the United States Atomic Energy Commission five days to rename vast sections of this new territory, including the Marshall Islands as the ‘Pacific Proving Grounds’. The intentions were crystal clear and this is what they proved. The concentration of their gruesome arithmetic was especially prevalent in the Bikini and Enewetak Atolls.

From Operation Crossroads in 1946 when bombs Able and Baker were exploded at the Bikini Atoll through Operations Sandstone 1948, Greenhouse 1951, Ivy 1952 and Castle 1954 a total of 17 detonations so large and devastating that they began to contaminate inhabited islands and parts of the Marshall Islands that had not been evacuated, were exploded. Of the megatons of fissile material detonated in the whole of the Proving Grounds Territory, 80% was delivered to the Marshall Islands. 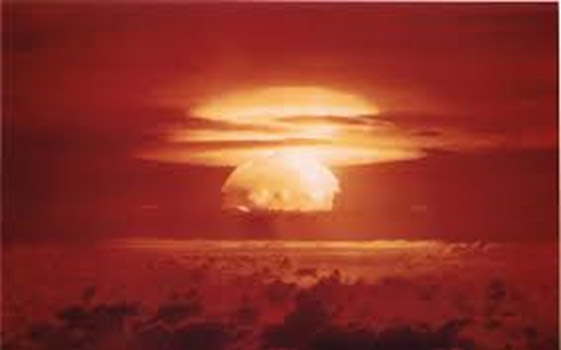 Undeterred in 1954, not curbed by the huge fallout of the Castle Bravo detonation, Operations Redwing 1956, Hardtack 1958, and Dominic 1962 added another 88 detonations in the same area, in ever increasing power and severity resulting in plutonium contamination and long lasting effects on the local population. In spite of the Acts and Associations set up to compensate the islanders for these abominations, in particular after 1996 and the CTBT, the US congress has failed to adequately fund the cause of petitioners, who are struck by radiation related illnesses and cancers at an alarming rate. To date, a paltry 760 million dollars has been paid out to the Marshall Islanders for their trouble over the whole period since 1956. The existing funds that deal with annuities and other imbursements are pathetically low. It’s an overlooked humanitarian crisis and an underreported blight on American honour. 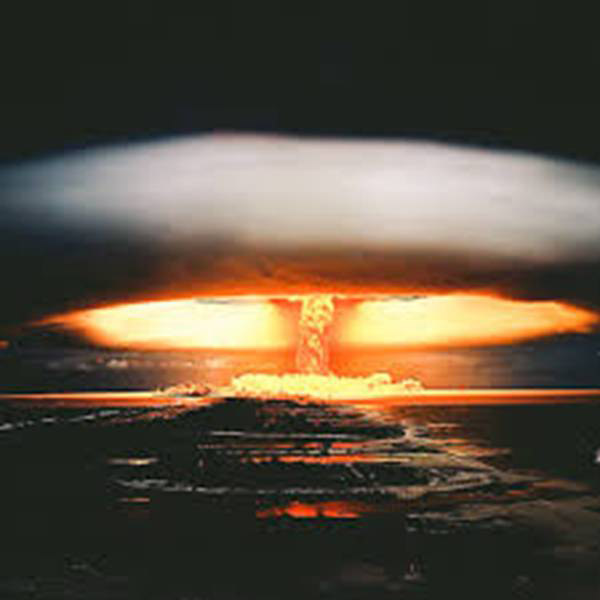 So why was Mr. Kedi going to Kazakhstan? It was in the large deserted plains of Kazakhstan that the USSR tested their bombs, including the largest detonation ever exploded by man, the Tsar Bomba with a plume 56 miles high and visible from one hundred miles. The Marshall Islanders have made unlikely friends with Kazakhs, sharing in the deep distress of living in these areas. However, Kazakhstan has been at the forefront of responsible action, and a recent joint missal with Japan to resolve the world to Nuclear Free status, and deploring the North Koreans for failing to see the dangers of their provocative recent testing – show that almost everyone on the planet can see that Nuclear weapons and their proliferation are still a constant danger. Many regard the Korean ramp up to be the most significant current problem and will undoubtedly be the primary concern in the next five years of world diplomacy.

With this backdrop, it is almost unconscionable that a candidate for the US Presidency could be so shallow and quick to suggest that countries – especially Japan – acquire and be prepared to use their own nuclear deterrents. However, the list of stupid and selfish infractions on his docket are too plentiful to go into here. As if the Marshall Islands didn’t have enough to deal with my fellow traveler alerted me to his other great concern for his homeland and its people. Climate change threatens to erase the Marshall Islands from the face of the globe. Low lying islands like these, several thousand others in the Micronesian territories and even ones like the Andaman Islands in the Indian Ocean will cease to exist before long. For those who have been saying that climate change is a liberal conspiracy, or created by the Chinese as a ruse to rule the world, (another nonsense from the same aforementioned candidate) please note that it is too late to argue the point. It will be happening. Not if…but when. In this and other important issues, we must fight back at willful ignorance, especially when it is dangerously prominent and allowed to go unprosecuted. Our survival depends upon it.

I remember sitting next to Speaker Kedi on that flight in August this year, thinking that it was a story worth pressing, and so I promised him that I would give it a mention. I hope it’s been worth your time to read it.